Debt, Growth and the Austerity Debate 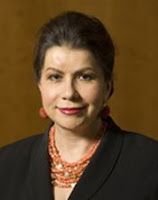 In May 2010, we published an academic paper, “Growth in a Time of Debt.” Its main finding, drawing on data from 44 countries over 200 years, was that in both rich and developing countries, high levels of government debt — specifically, gross public debt equaling 90 percent or more of the nation’s annual economic output — was associated with notably lower rates of growth.

Given debates occurring across the industrialized world, from Washington to London to Brussels to Tokyo, about the best way to recover from the Great Recession, that paper, along with other research we have published, has frequently been cited — and, often, exaggerated or misrepresented — by politicians, commentators and activists across the political spectrum.

Last week, three economists at the University of Massachusetts, Amherst, released a paper criticizing our findings. They correctly identified a spreadsheet coding error that led us to miscalculate the growth rates of highly indebted countries since World War II. But they also accused us of “serious errors” stemming from “selective exclusion” of relevant data and “unconventional weighting” of statistics — charges that we vehemently dispute. (In an online-only appendix accompanying this essay, we explain the methodological and technical issues that are in dispute.)

Posted by Yulie Foka-Kavalieraki at 8:33 AM