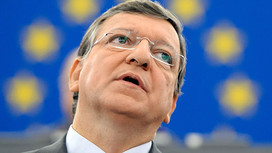 Europe may have hit the political limits of how far it can go with austerity-led economic policies because of the growing opposition in the eurozone’s recession-hit periphery, the European Commission’s president said on Monday.

José Manuel Barroso said that while he still believed in the need for sweeping economic reforms and drastic cuts in budget deficits, such policies needed to have “acceptance, politically and socially”, which was now at risk.

“While this policy is fundamentally right, I think it has reached its limits in many aspects,” Mr Barroso said. “A policy to be successful not only has to be properly designed. It has to have the minimum of political and social support.”

Mr Barroso’s comments come as advocates of the eurozone’s austerity-led crisis response are on the defensive following a voter revolt in Italy, a deepening recession in much of the bloc and the tarnishing of a highly-influential academic treatise arguing high government debt severely hinders economic growth.

Mr Barroso’s views are particularly influential because the commission has sweeping new powers to rule on whether struggling eurozone countries are able to ease up on belt-tightening.