The making of a German Europe 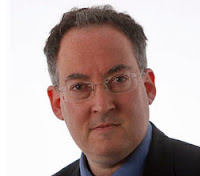 In the end, the Cypriots swallowed the bitter medicine. Facing national humiliation and a bleak future many complain their small nation has been forced to succumb to the will of a larger, merciless power – Germany.

Newspapers in Cyprus have portrayed Angela Merkel, the German chancellor, as a Hun – and accused Wolfgang Schäuble, her finance minister, of talking like a “fascist”. They are echoing the anti-German sentiment that has become commonplace in Greece and Italy.

This Germanophobia is unfair. Behind all the shouting and the wrangling, German taxpayers will once again be funding the biggest single share of yet another eurozone bailout. It seems a bit harsh that Germany is extending loans of hundreds of billions of euros to its neighbours – only to be accused of neo-Nazism in return.

Yet growing German power – and growing resentment of that power – are now the main themes in European politics. This is a historic irony, given that the main purpose of the whole European project, from the 1950s onwards, has been to end for ever the idea that Germany is simply too powerful to coexist comfortably with its neighbours. The stock phrase – in Berlin, as much as in Paris or Brussels – was about the need for a “European Germany, rather than a German Europe”.