Lots of Excuses for the Cyprus Plan, One Big Problem 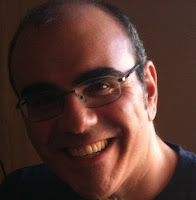 The defenders of the bank depositors' haircut in Cyprus offer some very good arguments:

A. It is politically impossible to persuade German taxpayers to finance a costly bailout of a money heaven for some shady (to say the least) deposits.

B. The oversized banking sector in Cyprus is a symptom of a paradox: an offshore financial center inside the euro zone. The bail-in sent a clear signal of non-tolerance to irresponsible banking, money laundering and moral-hazard. As an added bonus, it discourages the political flirt of Cyprus with Russia.

C. It’s much easier to spread the pain by passing some of the cost to foreign depositors than to enforce cruel austerity measures and tax hikes, stifling a relatively healthy market.

D. Debt restructuring is not as easy as it was in Greece. Sovereign bonds in Cyprus are protected mostly by English Law.

E. There was supposedly no real alternative.

There is a lot of truth in these arguments. But all of the above have to measure up to the most critical counter-argument: After this decision, it is obvious that in the Eurozone anything can happen.