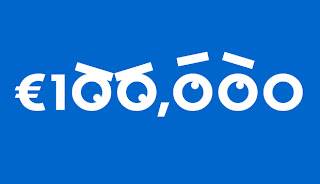 Of all the many steps that the euro area has taken to contain its debt crisis, the decision to force ordinary savers in Cyprus to contribute to their country’s bailout is the worst.

We’ll have to wait and see whether this breach of the principle of deposit insurance triggers a run on the banks of other endangered economies, such as Greece and Spain. Yet even if no contagion results, Europe’s governments have knocked a supporting wall from beneath their financial system. As today’s flight to safety in markets shows, the euro-area crisis is center stage once more.

Technically, the rescue package for Cyprus doesn’t violate the euro area’s guarantee that all deposits up to 100,000 ($130,000) are insured. That’s because the proposal for the Cypriot government to take 6.75 percent of all bank deposits less than 100,000 euros, and 9.9 percent above that amount, is defined as a tax. Depositors, however, will see this for what it is: a raid on their savings.

Such an attack on ordinary depositors is unjust, politically obtuse and economically destructive all at the same time. It has rightly fueled popular outrage. Savers in Cyprus are being asked to give up 5.8 billion euros so that international creditors will provide the remaining 10 billion euros required for a bailout. Thus will bondholders in London, Frankfurt and New York be spared a haircut.