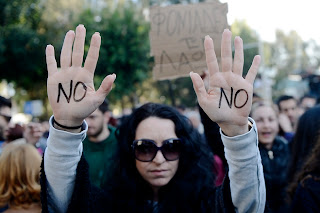 Cyprus's government aims to exempt smaller savers from a controversial bank deposit levy, according to draft legislation submitted to parliament, as it scrambles to secure votes for the bill.

Under a deal reached with euro-zone finance ministers Saturday morning, the bank levy—a precondition for receiving an €10 billion bailout from its euro-zone partners and the International Monetary Fund—saw all deposit holders paying.