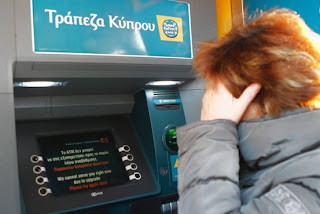 Cyprus is preparing a new proposal for its prospective international lenders Monday, that will spread the pain of an extraordinary deposit tax more evenly, two European officials with knowledge of the situation said Monday.

The new proposal will aim to raise €5.8 billion ($7.6 billion), the amount already set as a requirement for Cyprus's €10 billion bailout from the euro zone and the troika of lenders made up of the European Commission, the European Central Bank and the International Monetary Fund.

Euro-zone finance ministers are likely to hold a teleconference to examine the new Cypriot proposal, the second official said.

"As long as the sum remains €5.8 billion, I think it will be backed by everyone, but of course the ministers and the troika will need to hear exact figures and proof that this will work," he said.