Bailout Clash: Why Europe Must Play Hardball with Cyprus 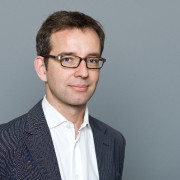 The Cypriot rejection on Tuesday night of the euro-zone bailout package for the country's ailing banks has triggered a power struggle between the island nation and the European Union. If Brussels gives in, future efforts to save the euro will be made more difficult. All hopes are now on Russia.

Efforts to save the euro have long been criticized for being undemocratic, with bailout packages being assembled behind closed doors in Brussels. But after Tuesday evening's vote in the Cypriot parliament, that critique will be difficult to maintain. Not a single parliamentarian in Nicosia cast a vote in favor of the bailout package, one which foresaw a mandatory levy on accounts held with Cypriot banks.

Thirty-six lawmakers voted against the deal and 19 abstained, including those belonging to President Nikos Anastasiades' center-right DISY party. With their veto of the expropriation plan, parliamentarians in the island nation showed that representatives of a small European Union member state can indeed block euro-zone efforts to save the common currency.

Anastasiades, of course, didn't exert much effort to find a majority for the deal, even though he had agreed to it in Brussels. On the contrary, even before the parliamentary debate began, he said the package was unlikely to pass -- a virtual invitation to lawmakers to reject it. The move could even be a tactical one. Anastasiades can now return to Brussels in the hopes of leveraging better conditions out of Cyprus' euro-zone partners by highlighting his country's rebellious parliament.

It could also be useful as a lever in Moscow. On Wednesday morning, all eyes were on Russia in the hopes that the country might jump in to provide Nicosia emergency aid. Russian investors have parked billions of euros in Cypriot bank accounts -- indeed the presence of Russian money is one reason why Cyprus' banking sector holds assets worth more than seven times the country's annual gross domestic product. According to media reports, Anastasiades spoke with Russian President Vladimir Putin immediately following the failed parliamentary vote and the Cypriot finance minister flew to Moscow on Tuesday night. 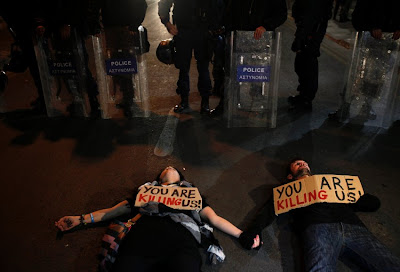 Posted by Yulie Foka-Kavalieraki at 10:34 AM