The Flight of the European Bumblebee 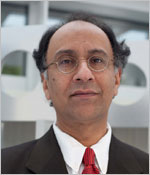 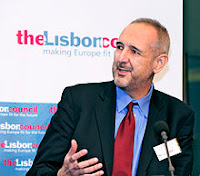 In July 2012, while addressing bankers in London, European Central Bank President Mario Draghi likened the euro to the bumblebee. “This is a mystery of nature, because it shouldn’t fly but instead it does. So the euro was a bumblebee that flew very well for several years.” But “something must have changed.” So the “bumblebee would have to graduate to a real bee. And that’s what it’s doing.”

Actually, for scientists, there has never been any mystery about how bumblebees can fly: they beat their wings about 200 times per second. They cannot possibly do this by flexing their muscles, but only by vibrating them. Think of the forces generated by a waving wand, and contrast them with those generated by a vibrating fork. The subtler force is much stronger.

So, is the eurozone ready to vibrate, rather than flex? Three steady shifts have occurred in Europe over the last three years. Flexible fiscal rules and rigid monetary policies have given way to the opposite. The same has happened in the case of tight labor laws and looser financial regulations, while European surveillance and global emergency mechanisms have undergone a similar change.

These shifts are sensible, and they should be sustained. The first shift is overdue, and the reasons are not subtle. One of the euro’s main problems since its introduction in 1999 has been that almost every national treasury flouted the monetary union’s fiscal rules. By contrast, the ECB was a model of rectitude, and its discipline helped everyone. Inflation dropped sharply, especially in the poorest countries. In 1995, inflation rates in Portugal and Greece were about three times those of northern Europe’s economies; by 2008, they were the same.