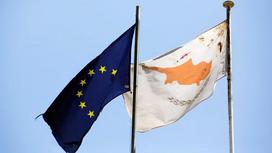 A radical new option for the financial rescue of Cyprus would force losses on uninsured depositors in Cypriot banks, as well as investors in the country’s sovereign bonds, according to a confidential memorandum prepared ahead of Monday’s meeting of eurozone finance ministers.

The proposal for a “bail-in” of investors and depositors, and drastic shrinking of the Cypriot banking sector, is one of three options put forward as alternatives to a full-scale bailout. The ministers are trying to agree a rescue plan by March, to follow the presidential elections in Cyprus later this month.

The new plan has not been endorsed by its authors in the European Commission or by individual eurozone members. The memo warns that “the risks associated with this option are significant”, including a renewed danger of contagion in eurozone financial markets, and premature collapse in the Cypriot banking sector.

The radical proposal is intended to produce a more sustainable debt solution for the country, cutting the size of Cyprus’s bailout by two-thirds – from €16.7bn to only €5.5bn – by involving more foreign depositors and bond holders.

It would reduce Cyprus’s outstanding debt to just 77 per cent of economic output, compared with 140 per cent in the current full bailout plan.