Europe: Toward A More Perfect Union 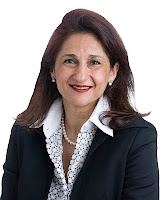 During the years that followed the euro’s introduction, financial integration proceeded rapidly and markets and governments hailed it as a sign of success. The widespread belief was that it would benefit both south and north—capital was finally able to flow to where it would best be used and foster real convergence.

But in fact, a lasting convergence in productivity did not materialize across the European Union. Instead, a competitiveness divide emerged. As the financial crisis gripped the euro area in 2010, these and other problems came to the fore.

Three years later, the financial symptoms of the crisis are thankfully receding with a new sense of optimism in markets. But the underlying problems—lack of convergence of productivity and the structural flaws in the architecture of the monetary union—have only been partially addressed.

So where do we stand, and what more is needed?