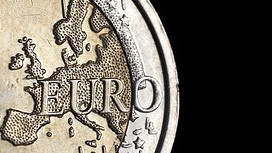 The eurozone’s biggest economies would raise €30bn-€35bn from their planned levy on financial transactions, according to an expansive European Commission proposal that ensnares trades executed in London, New York or Hong Kong.

The revised and strengthened Brussels draft plan, seen by the Financial Times, sets the stage for France, Germany and nine other euro area countries to agree the exact terms of Europe’s first so-called “Tobin tax” on equity, bond and derivative transactions.

Brussels’ drive for a Europe-wide tax opened an irreconcilable rift between EU members, forcing a eurozone vanguard to forge a smaller transaction tax bloc covering two-thirds of EU economic output but excluding the City of London.

This long-awaited Brussels blueprint, to be published within weeks, is the basis for talks between the 11 states, who no longer need permission to implement the levy from opponents such as Britain or Sweden.

The draft, prepared by the EU tax commissioner Algirdas Semeta, casts a wider net than expected by adding anti-avoidance measures to the original plan for an EU-wide levy, so that financial business does not decamp to safe havens.