The tourists held by Greek police as illegal migrants 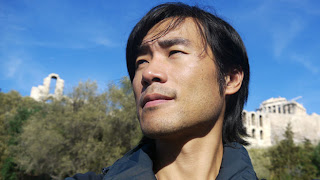 Greek police have stepped up efforts to catch illegal immigrants in recent months, launching a new operation to check the papers of people who look foreign. But tourists have also been picked up in the sweeps - and at least two have been badly beaten.

When Korean backpacker Hyun Young Jung was stopped by a tall scruffy looking man speaking Greek on the street in central Athens he thought it might be some kind of scam, so he dismissed the man politely and continued on his way.

A few moments later he was stopped again, this time by a man in uniform who asked for his documents. But as a hardened traveller he was cautious.

Greece was the 16th stop in his two-year-long round-the-world trip and he'd often been warned about people dressing in fake uniforms to extract money from backpackers, so while he handed over his passport he also asked the man to show him his police ID.

Instead, Jung says, he received a punch in the face.

Within seconds, the uniformed man and his plainclothes partner - the man who had first approached Jung - had him down on the ground and were kicking him, according to the Korean.

More
Posted by Aristides N. Hatzis at 2:19 AM