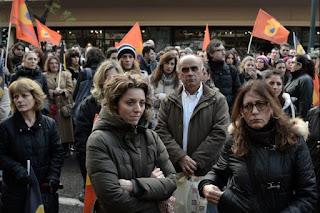 by Nikolia Apostolou and Marina Rigou

Straddled with mammoth debts, the government has begun one of the biggest fire-sales in history — Greek-style.

Everything from police and tax agency headquarters in Athens to some of the world's most beautiful beaches are now open for investment at bargain basement prices as the government struggles to raise capital.

Take Afandou, a beach on the island of Rhodes. It could be yours for about $85 million.

Selling it could help this country recover from economic catastrophe. But that's not how locals see it.

“We already can’t access many of the beaches on the island since there huge hotel units informally block our way,” she said.