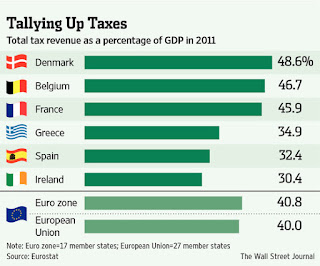 Greece's parliament voted early Friday to investigate a former finance minister for his handling of a list of 2,000 wealthy Greeks with Swiss bank accounts, a move aimed at stemming public rage over the country's failure to tackle tax evasion by Greece's elite.

After voting by secret ballot, parliament charged George Papaconstantinou, the architect of Greece's unpopular austerity program, with dereliction of duty and tampering with the data—known locally as the Lagarde List—in an effort to shield his relatives from potential audits. Parliament will form a special committee to probe the actions of Mr. Papaconstantinou and, depending on its findings, possibly refer him for criminal prosecution.

The vote comes as Greece's fragile three-party coalition government implements the latest round of spending cuts and tax increases that have helped push the economy into a deep, five-year long recession and unemployment to record highs. At the same time, it is struggling to contain the damage caused by the scandal surrounding the list, which also threatens to implicate the leader of the Socialist party, one of the junior partners in the coalition.

Many Greeks feel that the austerity program has fallen disproportionately on the poor. Athens's efforts to crack down on tax evasion—which costs the government as much as €28 billion ($37 billion) a year, according to one recent study by Margarita Tsoutsoura of the University of Chicago's Booth School of Business—have been poor; few tax-dodging cases have been successfully prosecuted. And the disclosure, last fall, that government officials had received the list more than two years ago—but failed to tap the information in its search for wealthy tax cheats—has stoked public anger.

More
Posted by Yulie Foka-Kavalieraki at 2:39 AM