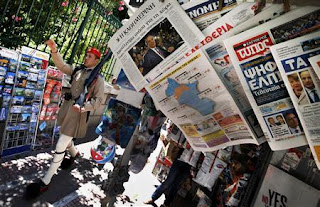 In late 2011 the Greek finance minister made an impassioned plea for help to rescue his country from financial ruin.

"We need a national collective effort: all of us have to carry the burden together," announced Evangelos Venizelos, who has since become leader of the socialist party PASOK. "We need something that will be fair and socially acceptable."

It was meant to be a call to arms; it ended up highlighting a key weakness in Greece's attempts to reform.

Venizelos' idea was a new tax on property, levied via electricity bills to make it hard to dodge. The public were furious and the press echoed the outrage, labeling the tax ‘haratsi' after a hated levy the Ottomans once imposed on Greeks. The name stuck and George Papandreou, then prime minister, felt compelled to plead with voters: "Let's all lose something so that we don't lose everything."