by Dawn Holland and Jonathan Portes 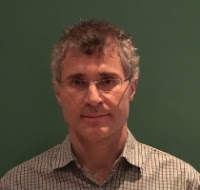 EU governments have individually embraced severe austerity programmes in an effort to avoid becoming the next Portugal. This column presents results from the National Institute Global Econometric Model suggesting that these individually rational polices are leading to collective folly. Keynes’ 'paradox of thrift' is in full swing since EU nations continue to act like small open economies while in fact they are a large closed economy.

Is austerity – particularly the fiscal consolidation programmes currently under way in most EU countries – self-defeating? DeLong and Summers (2012) have argued that, in current economic circumstances, the negative impact of fiscal consolidation on growth may be so great that the impact on debt-GDP ratios will be perverse, causing them to rise rather than fall. This question has been thrown into sharp focus by the IMF’s belated reassessment of the magnitude of the “fiscal multiplier” in major industrialised countries during the Great Recession (IMF 2012), although their methodology, which is clearly not definitive, has been questioned by Giles (2012).

In recent research, we make the first attempt – to our knowledge – to model the quantitative impact of coordinated fiscal consolidation across the EU, using the National Institute Global Econometric Model, and taking account of the current economic conjuncture (Holland and Portes 2012).

The main conclusion is:
Coordinated austerity in a depression is indeed self-defeating.

Read the Paper
Posted by Yulie Foka-Kavalieraki at 8:57 AM