Privatizing Greece, Slowly but Not Surely 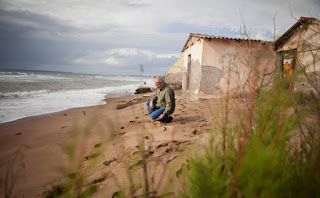 The government inspectors set out from Athens for what they thought was a pristine patch of coastline on the Ionian Sea. Their mission was to determine how much money that sun-kissed shore, owned by the Greek government, might sell for under a sweeping privatization program demanded by the nation’s restive creditors.

What the inspectors found was 7,000 homes — none of which were supposed to be there. They had been thrown up without ever having been recorded in a land registry.

“If the government wanted to privatize here, they would have to bulldoze everything,” says Makis Paraskevopoulos, the local mayor. “And that’s never going to happen.”

Athens agreed. It scratched the town, Katakolo, off a list of potential properties to sell. But as Greece redoubles its efforts to raise billions to cut its debt and stoke its economy, the situation in Katakolo illustrates the daunting hurdles ahead.

In the three years since the International Monetary Fund, the European Central Bank and the European Commission — the so-called troika of lenders — first required Greece to sell state assets, a mere 1.6 billion euros have been raised. Last Tuesday, European leaders said Greece needed an additional 15 billion euros in aid through 2014 to meet debt-reduction targets — partly because Athens has failed to make money on privatization.