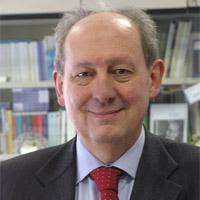 The debate about improving economic governance within the eurozone is shedding new light on the system’s weaknesses. It was already evident when the Maastricht

Treaty was signed in 1992 that a monetary union without something similar in the fiscal domain would be unsustainable in the long run. Then, for the common currency’s first decade, that fundamental flaw was papered over.

Now the eurozone – with a centralized monetary policy, run by the European Central Bank, alongside 27 national fiscal policies – has come to look like a mockery of economic common sense. Early on, important states like France and Germany stopped taking seriously the European Union’s Stability and Growth Pact (SGP), which was supposed to guarantee fiscal discipline and coordination among the member states.

With the euro’s introduction boosting intra-European trade and lowering inflation in many member states, fiscal obligations were simply ignored. The euro quickly became the world’s second most important currency, and it proved to be a shield against external financial turbulence. Optimism soared and prudence fled – reflected in premature eurozone membership for countries like Greece, as well as in the gap between the pace of EU enlargement and that of institutional integration.