Greece Needs a Writedown, Not a Buyback 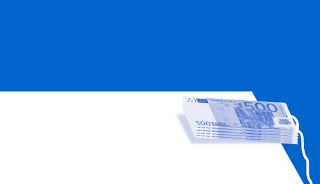 The prime minister of Greece took a large political risk Oct. 31 to keep Greece in the euro, just as other euro area leaders appear to be recognizing that the country needs more time and more relief from its debt obligations to survive.

That’s progress. Lowered interest rates for Greece and help with a debt buyback are among the ideas under discussion. Any move by Germany to work with Greece is welcome, even if things are only where they should have been two years ago.

The coming week’s flurry of deal-making may secure the release of Greece’s next 31.5 billion-euro ($40.8 billion) aid tranche. Yet a possible debt buyback for Greece would not reverse the country’s downward economic and political spiral. Nor will the further 13.5 billion euros of budget cuts and tax increases that Prime Minister Antonis Samaras accepted publicly yesterday, at the risk of collapsing his coalition government.

Why the pessimism? Because more than 9 billion euros of cuts and other measures will take effect next year, meaning that further recession is pretty much guaranteed. Five years into a contraction that has so far wiped out almost a fifth of the Greek economy, ordinary Greeks and bond markets alike still need to be shown a believable route to solvency and growth.