Greece’s economy and society are imploding.

Gross domestic product has declined more than 20 percent since 2008. The unemployment rate has tripled, and now stands at 25 percent, with joblessness among youth at twice that level. Crime is on the rise, as are racist incidents, and ideologies of the extreme right and left are gaining significant support.

Worse, current policies aren’t stemming the economic decline. The new three-party government elected in June has focused its energies on negotiating a new package of austerity measures to meet the conditions set by the so-called troika (the European Central Bank, the European Commission and the International Monetary Fund) for the disbursement of the next tranche of the bailout loan. 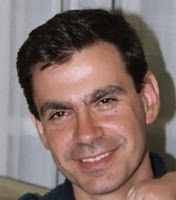 The reforms that are the only pathways to growth, such as building a well-functioning public administration and liberalizing markets, are resisted by Greek politicians and vested interests. They are also greatly underemphasized by the troika’s push for austerity.

Unless there is a change of course, Greece is headed for disaster: further declines in GDP, a possible chaotic default on its debt, extremist political parties in power, and isolation from Europe. The European Union also stands to lose because a Greek meltdown would reverse the decades-long process of integration and undermine the credibility of the single currency. And Greece’s creditors won’t get any of their money back.