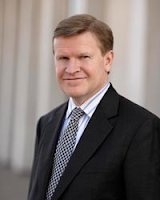 Europe’s politicians nowadays are desperately looking for someone to blame for the euro crisis. Germany blames France, and vice versa. Even lawyers are getting into the act, trying to identify legal responsibility for the monetary union’s design flaws.

Meanwhile, as the crisis has deepened, a new consensus about Europe’s monetary union has emerged. The euro, according to this view, was devised in a fit of giddy and irresponsible optimism – or, alternatively, panic at the prospect of German hegemony over Europe – in the wake of the fall of the Berlin Wall.

Nothing could be further from the truth. The Report on economic and monetary union in the European Community, which laid out the euro blueprint, was presented in April 1989 – a time when no one (with the possible exception of some Kremlin strategists) was thinking about German reunification. Moreover, the salient issues concerning monetary unions were well understood, and remedies for the most significant obstacles were proposed at the outset.

The committee that drafted the report – now known as the Delors Report, after its chairman, Jacques Delors – was a fundamentally rather conservative group of central bankers, with even the governor of the Bank of England (BoE) signing on. Its internal debates highlighted two problems of the potential monetary union.

Read the Delors Report
Posted by Yulie Foka-Kavalieraki at 6:30 PM