Europe's long shadow: Will a continent turn its back on democracy? 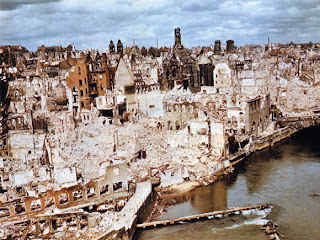 Every country has its own perspective on the second world war. This is not surprising when experiences and memories are so different. For Americans, the war started in December 1941; for Russians, it began in June that year. Most Europeans believe it commenced in Poland in September 1939. But for the Chinese it started in 1937, with the Sino-Japanese war, and many in Spain are still convinced that it began in 1936 with General Franco’s nationalist rising to overthrow the Republic. Some historians extend the conflict further, arguing that it lasted from 1914 to 1945, or even from the Russian Revolution in 1917 until the collapse of the Soviet empire in 1989.

The second world war was a monstrous state-on-state war between the major powers, but it was also an international civil war, especially affecting those countries which had been occupied. It was a conglomeration of many different conflicts, constituting the first truly global war.

Although the Germans and the Japanese did not coordinate their strategies, events in the Pacific and in Europe affected each other. But for those fighting it, they could have been wars fought on different planets. On 9th May 1945, when US Marines were still fighting on Okinawa and they heard the news of the German surrender in Europe, their reaction was “So what?”

The memory of the second world war hangs over Europe, an inescapable and irresistible point of reference. Historical parallels are usually misleading and dangerous. The threat of economic collapse now is not the same as the threat of Nazism and war. But the current crisis still poses a threat to parliamentary democracy in Europe. It may awaken the nationalist monsters which the European ideal had tried to consign to history.

Today it is very hard to appreciate the huge historical forces that killed some 60m to 70m people, or even more. Chinese historians now claim that more than 40m of their countrymen died, double the number that had been assumed earlier. And when counting the war dead, we could add to these figures all the victims of famine and illness brought on by malnutrition. It is almost impossible to distinguish between categories of suffering.

When we dwell on the enormity of the second world war and its victims, we try to absorb all those statistics of national and ethnic tragedy. But, as a result, there is a tendency to overlook the way the war changed even the survivors’ lives in ways impossible to predict.