Under Chinese, a Greek Port Thrives 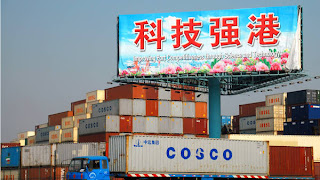 The captain gazed from his elegant office overlooking this port on the Aegean Sea and smiled as towering cranes plucked container after container from a giant ship while robotic transport vehicles fanned out to transfer the cargo to smaller vessels bound for the Mediterranean.

The cargo volume here is three times the level it was two years ago, before the captain, Fu Cheng Qiu, was put in charge by his employer, Cosco, a global shipping giant owned by the Chinese government.

In a 2010 deal that put 500 million euros ($647 million) into the coffers of Greece’s cash-starved government, Cosco leased half of the port of Piraeus and quickly converted a business that had languished as a Greek state-run enterprise into a hotbed of productivity.

The other half of the port is still run by Greece. And the fact that its business lags behind Cosco’s is emblematic of the entrenched labor rules and relatively high wages — for those lucky enough to still have jobs — that have stifled the country’s economic growth.

“Everyone here knows that you must be hard-working,” said Captain Fu, under whose watch the Chinese-run side of the port has lured new clients, high-volume traffic and bigger ships. 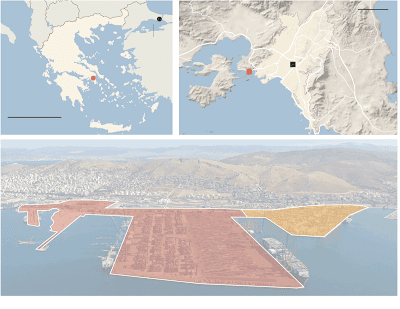 Posted by Aristides N. Hatzis at 8:55 AM

I do not think so that this is true. Instead, this is false because it has fails to capture the cost imposed upon the local communities, thereby reducing their well-being.