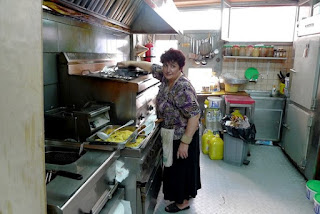 A family-owned fish restaurant on this serene island has become an improbable focal point of Greeks' debate over their government's effort to collect more taxes.

Riot police were called to Hydra when a small insurrection erupted over the summer, after financial-crimes police tried to arrest a proprietor of a century-old seafood taverna for allegedly failing to give proper receipts.

The police action was part of a stepped-up effort to stamp out off-the-books transactions that Greek officials say are depriving Athens of vital revenue when every taxable cent is needed to ward off fiscal doom.

Tax-evasion is pervasive in Greece. Many Greeks, however, object to what they see as the government's uneven approach to the issue. They see heavy-handed treatment of small-business owners who are reeling from recession and an increased tax burden. They are resentful, meanwhile, over reports of tax evasion and money laundering among the politically connected and wealthy. Many also express anger over constitutionally decreed tax-exemptions for wealthy ship owners. 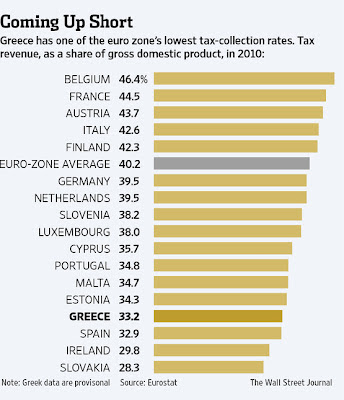 Posted by Yulie Foka-Kavalieraki at 8:52 AM