List of Swiss Accounts Turns Up the Heat in Greece 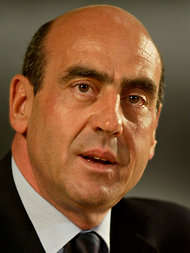 The speaker of the Greek Parliament, several employees of the Finance Ministry and a number of business leaders are on a list of more than 2,000 Greeks said to have accounts in a Swiss bank, according to a respected investigative magazine. The Greek magazine, Hot Doc, published the list on Saturday, raising the stakes in a heated battle over which current and former government officials had seen the original list passed on by France two years ago — and whether they had used it to check for possible tax evasion.

Hot Doc said its version of the list matches the one that Christine Lagarde, then the French finance minister and now the head of the International Monetary Fund, had given her Greek counterpart in 2010 to help Greece crack down on rampant tax evasion as it was trying to steady its economy. The 2,059 people on the list are said to have had accounts in a Geneva branch of HSBC.

Questions about the handling of the original list reached a near frenzy in Athens last week as two former finance ministers were pressed to explain why the government appeared to have taken no action on the list. The subject has touched a nerve among average Greeks at a time when the Parliament is expected to vote on a new 13.5 billion euro austerity package that could further reduce their standards of living.

The publication of the list is likely to exacerbate Greeks’ anger that their political leaders might have been reluctant to investigate the business elite, with whom they often have close ties, even as middle- and lower-class Greeks have struggled with higher taxes and increasingly ardent tax collectors.