When shopaholics find all their credit cards are maxed out and they've lost their job they only have two options. They can stare into the middle distance while all their possessions are taken away one by one, or they can contact their creditors.

It is always better to find a go-between such as Citizens Advice, which can arbitrate and will usually persuade angry lenders that a customer who loses their job cannot pay all the money back.

The International Monetary Fund rejected the intermediary role in the aftermath of the financial crisis. When, in 2010, euroland's most indebted shopaholic, Greece, found itself without enough income to cover debt payments, the IMF sided with her creditors. It told Athens to repay the lot in a scheme arranged by Germany, France and the other northern European creditor countries that backed the deal.

However, once the IMF joined as a creditor in this new repayment programme, it realised officials had made a serious miscalculation. Greece had no money to pay back its debts. The Washington-based super-bank arranged a 50% write-down and told Germany to live with losses. Greece struggled on. 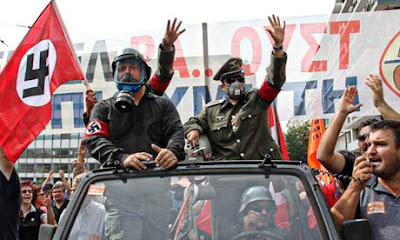