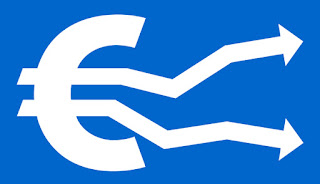 The battle to save the euro turns on one question: Can large governments, notably Italy and Spain, get their debts under control?

Because they are in a monetary union, they can’t take the easy way out by devaluing their currencies to make their obligations smaller and exports cheaper relative to those of other countries. Instead, they have to make painful budget cuts and slash workers’ wages to restore their competitiveness -- moves that, in the short term, can make their debts less manageable by eroding economic growth. If the belt-tightening proves too much to bear, or if markets lose faith in their ability to succeed, the euro area will break apart.

As Europe’s leaders meet for their two-day summit in Brussels this week, they can take credit for considerable progress in containing market panic and demonstrating their commitment to the currency. They have pledged to share responsibility for overseeing and shoring up euro-area banks, potentially relieving struggling governments of a big liability. More important, the European Central Bank has promised unlimited support to keep countries’ borrowing costs in check, as long as they act in a fiscally responsible manner.

So how much has all the activity achieved? To get a better picture, we built a model to assess the solvency of euro-area governments.

See also
Posted by Yulie Foka-Kavalieraki at 1:35 AM