Greece must stop hitting snooze and wake up to economic reform 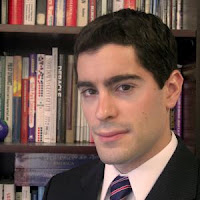 When the International Monetary Fund (IMF) and European finance ministers meet today at the European Union (EU) summit, they are bound to butt heads over the decision to release Greece’s next €31.5bn bailout installment.

The prospect of default may be a possibility once again. European leaders and international lenders will likely come to an eleventh-hour agreement, but it may not be a bad idea to keep Greek politicians wondering in the interim.

Greece has become complacent about making necessary structural changes, having received two bailouts, interest rate support from the European Central Bank (ECB), and an internationally sanctioned private debt restructuring earlier this year. It has failed to reform its public sector, privatise state-owned companies, increase competitiveness — all conditions for receiving additional international support. The resurgent spectre of default would send a strong message to Greek politicians that their cowardly approach to reform is both unacceptable to creditors and unsustainable for Greece’s balance sheet in the long-run.

Greece’s public sector is as bloated now as it was upon agreement to its first bailout in May 2010. Public expenditure as a percentage of GDP remains at a whopping 51 per cent, according to IMF figures. Some European countries do have a higher proportion, but without Greece’s abysmal level of government inefficiency.

More
Posted by Aristides N. Hatzis at 8:32 AM