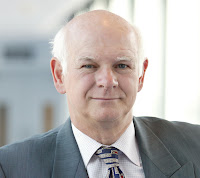 The European Union is now the proud owner of a Nobel Peace Prize. When the choice alighted on Barack Obama three years ago, the Norwegian Nobel Committee was criticized for honoring someone whose achievements were still to come. The Committee took that criticism to heart, and this time decorated an institution with a proud past, but a clouded future.

The eurozone is distinct from the EU of course, but it is the Union’s most ambitious undertaking to date, and it is still struggling to equip itself with the structures needed to bolster a currency union. A common fiscal policy remains a distant dream, as does a genuine political union.

But Europe’s policymakers claim to be making progress toward a so-called “banking union,” which means collective banking supervision, rather than a merger of banks themselves. In September, the European Commission announced a plan to make the European Central Bank the supervisor of all 6,000 of Europe’s banks.