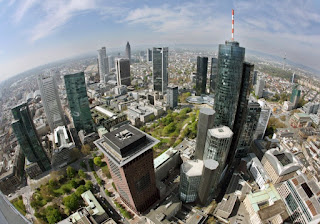 The EU on Tuesday recommended breaking off investment banking from retail banking and other risky investment activities to protect savers and taxpayers in future crises. However, they stopped short of calling for banks to be broken up into entirely separate entities.

The statement by Michel Barnier, the European Commissioner in charge of regulation, sounded like he was throwing down the gauntlet to the EU's financial sector. An EU advisory group on Tuesday submitted a report on banking reform that, according to Barnier, "underlines the excessive risks taken by banks in the past, and makes important recommendations to make sure that banks work in the interest of their customers."

The message is as clear as it is unflattering -- a sector needs to be monitored closely to make sure it doesn't harm its customers. The report was written by a group of experts led by Bank of Finland Governor Erkki Liikanen, who opted for a more cautious formulation. He said his group's recommendations were aimed at "establishing a stable and efficient banking system serving the needs of citizens, the economy and the internal market."

The central element of the report is the call for a strict separation between retail banking and investment banking.

The move would affect banks such as Britain's Barclays, Germany's Deutsche Bank and France's BNP Paribas, which offer retail banking in addition to riskier trading in stocks, debt and other securities.

The proposed move wouldn't just protect customers' deposits in case the bank got into financial trouble through risky investment banking activities. It would also prevent the state -- meaning taxpayers -- from having to bail out banks in future.