Enough Already With the Strict Austerity in Europe 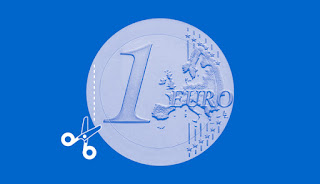 Europe’s economy is likely to shrink this year and to see little or no growth in 2013. Please note: That’s if all goes well. The International Monetary Fund’s dismal new forecasts assume -- or let’s say hope -- that Europe’s plan for restoring stability will soon take effect. Don’t take this for granted.

Output in the euro area will shrink 0.4 percent this year and rise by just 0.2 percent in 2013, according to the new projections. The outlook has worsened since the IMF released its previous forecasts just three months ago. And the risk is that it will worsen further.

With lower growth, the region’s troubled economies face calls for yet more tightening. Spain in particular has announced new spending cuts and tax increases, anticipating the conditions that the European bailout fund will attach to a rescue package. These conditions must be in place before the European Central Bank can start its promised purchases of Spanish government debt.

If the cuts happen, they will further hamper economic growth. Outright political collapse is a risk in Greece. It’s none too remote in Spain, either, where separatist pressures are on the rise.