Desperately hanging on: A euro-crisis view from Greece 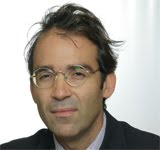 The Greek debate over Europe is directly related to its traumatic experience at the epicentre of the crisis. Since 2010 the country has had to deal with sky high interest rates, severe recession, harsh austerity, structural reform and the indignity of emergency injections of cash to keep it solvent. Many Greeks, who had seen membership of the European Union as a factor of socioeconomic progress, now blame elements of Europe for much of what they face. New political movements such as Syriza have capitalised on this discontent. However, the most negative – even catastrophic – scenarios involving Greece remain unlikely, provided conditions allow the fundamentally pro-European sentiments of the majority of Greeks to reassert themselves. If not, Greece could become the weakest point for the European project, with the potential to inflict incalculable economic and socio-political costs on the rest of the EU.

The figures show the extent of the trauma that Greece is undergoing. Its GDP shrunk by around 7% in 2011 with a similar decline expected in 2012; in this fifth year of recession it has lost cumulatively over 20% of its 2008 GDP; unemployment sits at 24% (55% for young people) with 630,000 long-term unemployed; vital social services have been caught up in the massive spending cuts; poverty,homelessness, crime, and suicide rates are galloping. The harsh austerity programme is making itself felt in pensions and take home pay in both the public and private sectors.

Unsurprisingly, public sentiment has been badly affected. Public trust in government, the parties and institutions has sharply declined. The two parties (New Democracy and PASOK) that dominated Greek political life alternating in power since 1974, fell from a total vote of 77% in 2009, to just 32% and 42% in the twin elections of 2012 (May and June). On top of being implicated in serious corruption and mismanagement scandals of the past, both parties are heavily blamed for the crisis. But the finger of blame is also pointed towards Europe.