Crisis shows why EU must renew its vows

by Guy Verhofstadt and Daniel Cohn-Bendit 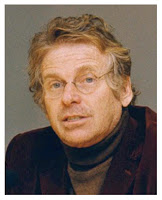 Eurosceptics are shamelessly exploiting the economic crisis to misrepresent and undermine the EU, its history, its institutions, its goals and its working methods. Like a marital union, the EU requires constant attention, support and belief that it can work in difficult as well as good times or else it risks separation. It is time now for a renewal of vows; to recommit to a federal union that is more stable, more efficient and more accountable.

The crisis has shown up the key weaknesses in economic governance at EU level where a monetary policy was introduced without a parallel fiscal policy. Unlike other global currencies such as the dollar or yen, the euro depends on 17 different economic strategies and bond markets, no common treasury, no common debt issuance and no common banking supervisor. This explains, to a large extent, why the bond markets extort higher interest rates from eurozone countries than from the US or Japan despite lower levels of public debt. Some of these lacunae are being addressed but progress is slow and consensus on a common vision remains elusive.

This vision should be based on a federal structure, defined and agreed in a new, concise constitutional document to be drawn up by the next European parliament in conjunction with the European Council of Ministers and submitted to a referendum across the EU. The “f” word has been much maligned, yet many member states are federal structures. It is perfectly possible, for example, to be Flemish, Belgian and European all at the same time. In an increasingly post-national world, where the global economy is driven by big trading blocs and emerging markets, the European nation states of the 19th century lack economic and political clout. The make-up of the G8 in 2030 will probably look different from today. Sovereignty is better pooled at European level than lost at the global level.