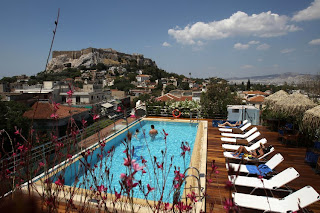 While Athens waits for more aid from the European Union, the country continues to be administered in the same old careless manner. Corrupt politicians and the rich continue to help themselves to Greece's funds, and little is being done about it.

How can someone who has declared an annual income of €25,000 ($32,400) transfer €52 million abroad? What kind of supplementary income must an individual have who, according to his tax returns, earned €5,588 in 2010, yet still managed to move €19.8 million abroad? And how can it be that a Greek citizen sequesters €9.7 million abroad although he supposedly earned exactly zero euros?

These are the questions that tax fraud investigators will have to ask of a number of individuals whose identity has so far only been made public in the form of initials. For instance, a "G. D." stands at the top of a list with the names of 54,000 Greek citizens who relocated major assets abroad between 2009 and 2011. The list stems from the Greek central bank and is now in the hands of the Finance Ministry.

It is the longest of four lists that are currently circulating in Athens. Each contains the names of people whose financial circumstances -- bank balances and real estate holdings -- do not correspond at all with what they claimed on their tax returns. But hardly anything is being done about it. The Greek reality is sometimes paradoxical: While the governing coalition was busy squabbling with international creditors over how many hundreds of euros can still be trimmed from teachers' and nurses' paychecks, and Athens continued slashing employee pensions, wealthy Greeks moved billions abroad with relative impunity.

The odyssey of the "Lagarde list," as it's known, exemplifies the typically lax attitude toward tax criminals. For many months, it was thought to be lost, but then it resurfaced in early October. Now, the public prosecutor for financial crimes has a copy. It lists 1,991 Greek owners of Swiss bank accounts, and reportedly includes many prominent individuals from the realms of politics, business and culture.