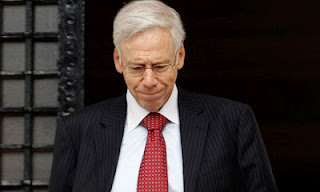 An influential group of international banks and insurers has attacked political leaders in Europe over their handling of the Greek crisis, arguing that the singleminded pursuit of austerity has made the situation worse.
The Institute of International Finance, which last year brokered a deal between Greece and international bond investors to halve Greece's private debts, said politicians were playing a dangerous game by putting their desire for debt reduction ahead of co-ordinated efforts to spur growth.

He said: "The international financial community has a collective interest in reducing the uncertainty that currently surrounds the global economic outlook. If we want to lay the basis for a durable global economic expansion, then we need to see more concerted action by the world's policymakers."