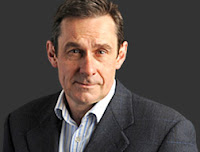 Greece's far-right party, Golden Dawn, won 18 parliamentary seats in the June election with a campaign openly hostile to illegal immigrants and there are now allegations that some Greek police are supporting the party.

"There is already civil war," says Ilias Panagiotaros. If so, the shop he owns is set to do a roaring trade.

On the walls are posters celebrating the last civil war in Greece, which ended in 1949.

"Greek society is ready - even though no-one likes this - to have a fight: a new type of civil war," he says.

"On the one side there will be nationalists like us, and Greeks who want our country to be as it used to be, and on the other side illegal immigrants, anarchists and all those who have destroyed Athens several times," he adds.

You hear comments like this a lot in Greece now but Ilias Panagiotaros is not some figure on the fringes: he is a member of the Greek parliament, one of 18 MPs elected for the far-right Golden Dawn in June's general election. 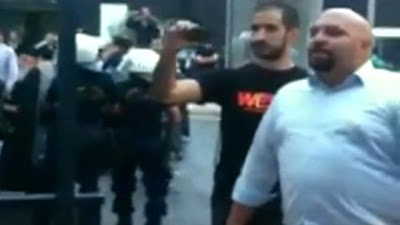