A Europe of Solidarity, Not Only Discipline 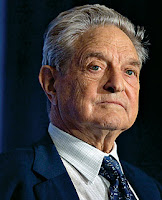 Originally, the European Union was what psychologists call a “fantastic object,” a desirable goal that inspires people’s imaginations. I saw it as the embodiment of an open society – an association of nation-states that gave up part of their sovereignty for the common good and formed a union dominated by no one nation or nationality.

The euro crisis, however, has turned the EU into something radically different. Member countries are now divided into two classes – creditors and debtors – with the creditors in charge. As the largest and most creditworthy country, Germany occupies a dominant position. Debtor countries pay substantial risk premiums to finance their debt, which is reflected in their high economy-wide borrowing costs. This has pushed them into a deflationary tailspin and put them at a substantial – and potentially permanent – competitive disadvantage vis-à-vis creditor countries.

This outcome does not reflect a deliberate plan, but rather a series of policy mistakes. Germany did not seek to occupy a dominant position in Europe, and it is reluctant to accept the obligations and liabilities that such a position entails. Call this the tragedy of the European Union.