Why Merkel Wants To Keep Greece in Euro Zone 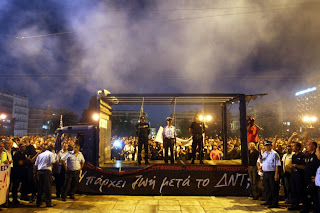 Angela Merkel has made a surprising U-turn in her policy on Greece. The German chancellor now wants to stop Athens from leaving the euro zone at all costs -- even if it means massaging the figures in the upcoming troika report. For the German leader, it is essential to avoid the consequences of a Grexit before national elections next year.

Mantras are short, formulaic phrases that are repeated over and over for meditative purposes. They can be spoken, sung, whispered, recited mentally or even written down and eaten. 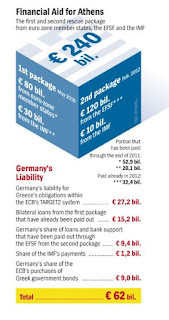 The German chancellor has recently opted for the spoken variety, which is the conventional form. Angela Merkel's mantra consists of a short German sentence. It translates as: "We are waiting for the troika report." She repeats it whenever the opportunity arises -- such as two weeks ago, when Greek Prime Minister Antonis Samaras visited Berlin.

One doesn't need to be a rocket scientist to see through Merkel's maneuver: The chancellor wants to buy time. She hopes to calm the general public and the notoriously nervous financial markets through meditative repetition -- and ultimately create the impression that it actually matters what the troika finds out during its mission to Greece. 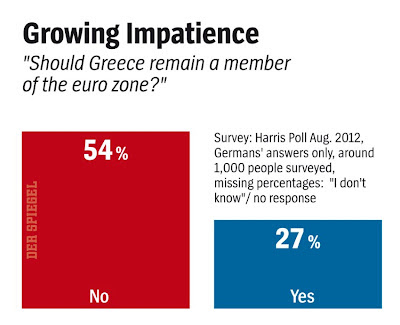