People are closely watching the slow-motion train wreck that is the crisis of the eurozone—that is, the economic travails of Greece, Spain, Ireland, Portugal, and Italy (known collectively as the PIIGS). The problem with much of the discussion in the United States is that both of the main camps are right about some things but wrong about others because neither fully grasps the real nature and cause of the crisis in Europe.

One view holds up the Europeans as a warning to the United States of the consequences of government profligacy. The problem, so the argument goes, is crushing sovereign debt brought about by excessive government spending over many years funded by borrowing rather than taxation. The rising yields on sovereign debt reflect that investors now realize the European governments are bankrupt and cannot be relied on to service their accumulated debt, much less repay it. As yields rise the burden of debt becomes greater until the only ways out are either default or fiscal stringency with a combination of tax increases and cuts in government spending to bring stability. This is also the view, it would appear, of the German finance ministry and much of the German public.

The contrary view is that the European crisis is indeed a warning to the United States—of the dreadful consequences of austerity. For this camp the experience shows the folly of responding to the financial crisis of 2007–08 with cuts in government spending and efforts at balancing the books. These efforts are self-defeating because they will aggravate the economic contraction and reduce government revenues while increasing spending (because of “automatic stabilizers” such as unemployment benefits), worsening the government’s finances. The correct response to the economic slowdown in Europe, therefore, is a Keynesian one of increasing government spending and widening deficits, at least in the short term, until the economy recovers. 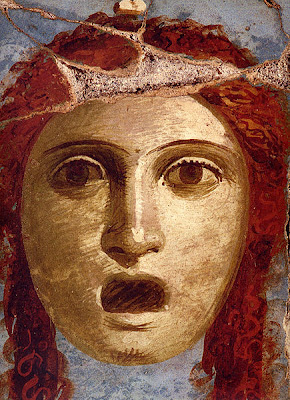 Posted by Yulie Foka-Kavalieraki at 5:38 PM