The ECB Wades In Deeper 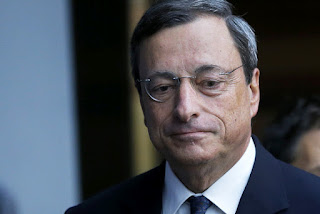 Mario Draghi laid out the European Central Bank's latest bond-buying venture Thursday, and we suppose the good news is that it isn't as sweeping as it might have been.

In July the ECB President said the central bank would do "whatever it takes" to keep the euro zone together. Speculation has since been rife that Mr. Draghi was preparing a bond-buying bazooka to bring down the yields of Spanish and Italian government bonds.

The Outright Monetary Transactions program that Mr. Draghi announced Thursday amounts to a moderate-sized bazooka, despite Mr. Draghi's insistence that it is merely about making monetary policy work. In practical terms these transactions are another giant step into fiscal policy. This is far from the original vision of the euro, and the costs to the central bank's political independence will be steep.