The commission’s proposal on bank supervisory powers for the ECB

by Vincent O'Sullivan and Stephen Kinsella

The European Commission is planning a shake-up in financial supervision in Europe. This column argues that time will tell whether or not this is a good idea – for now all we have for certain is uncertainty. 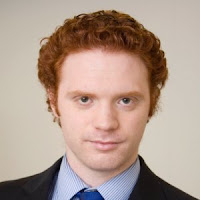 Proposals from the European Commission (2012a) would give sweeping powers to the ECB in potentially the biggest shake-up in financial supervision since the creation of the Federal Reserve System in the US almost a century ago.

More than 6,000 banks in the EZ would be subject to prudential supervision by the ECB from 1 January 2014; the supervision of systemically large banks and those relying on government support would be phased in a year earlier. Not just banks: bank-led financial conglomerates (including bank assurers) and financial holding companies would fall within the ECB’s purview from next year.

The ECB would be responsible for all aspects of prudential supervision – from authorisation, ongoing supervision at the start and early intervention during times of crisis to the withdrawal of bank licences where appropriate. It would assume key powers from national prudential supervisors, including national supervisory discretions, such as the imposition of higher capital and liquidity buffers to address specific systemic risks at the national level. It would become both ‘home’ and ‘host’ supervisor for banks operating across borders in the EZ. It would have power to access a bank’s corporate governance and risk management processes and systems to ensure that it meets with best practice standards.

Eurozone supervisors would become ECB ‘agents’ tasked with ongoing supervision at the coalface, but subject to ECB rulings. The ECB would be able to intervene directly with any bank in the EZ. National supervisors would only retain primary responsibility for protecting consumers and preventing financial crime at the national level.