On banking union, speak the truth 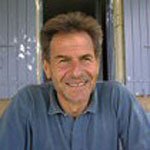 The European Commission presented their plan for a single EZ bank supervisor this weekend. While it is a good start, this column argues that it avoids the hard truth driving the process: the Eurozone needs a lender of last resort and the ECB is the only one that can play the role. Admitting this truth makes it clear that the Eurozone also needs an arrangement with member governments on bank-bailouts cost sharing and institutions to minimise the ultimate costs.

The European Commission has produced an interesting proposal on EZ banking union (Commission 2012). Despite its many shortcomings, it is a good start. And now finance ministers have started to deconstruct the proposal. Part of the deconstruction comes from the ministers’ shameful capture by national bank lobbies, but not all. The proposal includes some clumsy features. But rather than watering it down, the project should be strengthened.

For that to happen, the ECB, which is at the origin of the project, should tell the truth about why a single supervisor is needed – the Eurozone needs a lender of last resort.

The EC’s proposal has one major merit. It unambiguously calls for a single Eurozone bank supervisor and for the ECB to undertake this task. The survival of national supervisors has always been a major flaw of the Maastricht Treaty, as explained long ago by Begg et al. (1998).

Contrary to current assertions, the absolute need for a single supervisor is not related to possible interventions by the European Stability Mechanism (ESM). The logic is much simpler and much more compelling, but hardly ever mentioned.