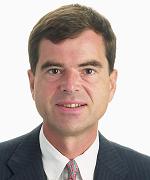 The Eurozone debate is awash with proposals for mutualising national debt. This column summarises and evaluates the main proposals – suggesting how they might be combined in a five-year path to a fiscal union. It stresses that short-term stability objectives will only work if they help to advance the agenda for fiscal federalism including macroeconomic stabilisation and risk-sharing.

Commonly-issued securities for the Eurozone have recently been proposed in various forms as an important element in solving the Eurozone crisis (see Frankel 2012). These proposals are aiming at three objectives:

Underlying the financial engineering is, however, an economic transfer from strong to weak sovereigns. For some, the appeal of common securities relies on the expectation that such economic transfers will not actually have to take place. Support is, therefore, embedded in national guarantees rather than in the form of current outlays – the promises to pay in the future, typically joint and several, that support the issuance of a common security. National guarantees that back these common bonds are, however, more valuable from countries whose guarantees carry greater credibility today – implying already a current transfer. Thus, the act of issuing a common security ipso facto creates a fiscal union.
Governments, politicians and citizens – especially those of the stronger states – realise this and have been asking for greater fiscal discipline and other reforms to accompany any such guarantees. It is unrealistic to expect, however, that the accompanying fiscal discipline imposed will ensure that all guarantees remain mere promises to pay. For various reasons – some under the control of sovereigns and some not – any system of guarantees is likely to create some payments eventually. Thus the notion that a Eurobond can substitute for a fiscal union is untenable.

This does not mean that Eurobonds must necessarily await the formation of a fully-fledged fiscal union – with accompanying own tax revenues, centralised allocations, enhanced fiscal discipline, etc. Rather, the many proposals for Eurobonds can be seen, to varying degrees, to help chart an incremental path towards a fiscal union to be defined more precisely. Our review of five proposals for commonly-issued securities suggests three such paths (Claessens et al. 2012)