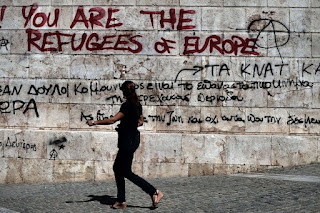 Greece is scrambling to get its finances is in order, but the country's efforts may still be insufficient. Many argue Athens will need another debt haircut in order to ease its financial burdens. A German newspaper is reporting that lenders are already considering a second debt-relief program for the ailing euro-zone country.

In order to restore the country's debt sustainability, Greece's lenders are reportedly considering further relief in the form of a partial debt haircut for the crisis-wracked country, the Financial Times Deutschland reported on Friday.

Citing unnamed "euro-zone sources," the paper said the focus was on bilateral loans from the currency union's first bailout program for the country, the nearly €53-billion ($69 billion) Greek Loan Facility, which ran from May 2010 to the end of 2011. "There is a discussion," a high-level official told the paper.

Martin Blessing, chairman of Germany's second-largest bank, Commerzbank, has also said a second debt haircut is likely. "In the end we will see another debt haircut for Greece, in which all creditors will take part," he said on Thursday in Frankfurt.

This could be part of a new solution being arranged behind closed doors, according to the Financial Times Deutschland. Currently, new economization efforts are being discussed by Athens and the troika, comprised of representatives of the European Commission, the ECB and the International Monetary Fund and charged with monitoring reform programs agreed to by the country in exchange for its bailouts. The group is expected to present its next report on the country's financial situation in early October.