Learning from past crises: Into the safety zone 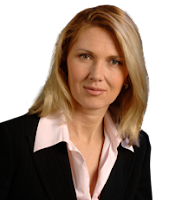 Lessons from the past suggest democracies with strong economic fundamentals do not default on their debt. This column suggests high growth and low deficits are key but that growing discontent as the result of austerity may be the most important factor yet in influencing the probability of default. Eurozone countries, therefore, need to build a higher safety buffer of good fundamentals to ensure safety from default.

Since the lost decade of the 1980s a rich literature on financial crises has evolved, including a theoretical literature which emphasised the potential for self-fulfilling expectations within a zone of vulnerability (e.g. Krugman 1996). The empirical counterpart of this literature focused on the probability of crisis given fundamentals, but did not try to delineate the zone of vulnerability, or the complementary safety zone.

Our contribution to that literature was to focus on the border of the safety zone for sovereign debt. In particular we investigated conditions under which default on external and domestic sovereign debt never happened in low and middle income countries from 1974-2001 (see Van Rijckeghem and Weder 2009, which builds on the methodology of Osband and Van Rijckeghem 2000).

Defaults on external debt were defined based on Standard & Poor’s classifications while defaults on domestic debt were defined based on Standard & Poor’s or a large increase in credit to the government. Near-defaults which were only avoided through external assistance were not considered as defaults. We considered democracies and non-democracies separately. We found that default never occurred in parliamentary democracies with broad money nine times smaller than foreign-exchange reserves or in democracies with less short-term debt than reserves and with growth over 3.4%, for example. For domestic debt, no democracies entered into default with inflation below 7%.

These results did not mean that debt crises would never be observed under these configurations in the future, but did indicate that if a default were to occur under these configurations, it would be a very unusual event. In fact, it was possible to calculate the probability of a default occurring under these or better fundamentals using simple non-parametric statistics. With 39 external debt defaults between 1974 and 2001, the 40th external default had a 2.5% chance of occurring at fundamentals better than those in the past.

Read the Paper
Posted by Yulie Foka-Kavalieraki at 8:25 AM