In Pivotal Week for Euro Zone, a Test for the Central Bank’s Leader 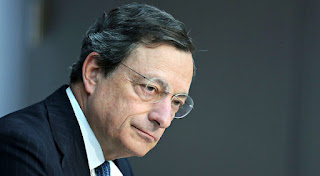 The last time Mario Draghi addressed the news media after a meeting of the European Central Bank, on Aug. 2, he disappointed investors who wanted him to crack his whip and immediately bring bond markets to heel. The markets dropped even before Mr. Draghi was done speaking.

Only in subsequent days and weeks did the bond markets calm down, as investors evidently absorbed his underlying message: that the central bank intended to take meaningful action against the euro debt crisis even if quick remedies were not possible.

But this Thursday, when the central bank meets again, Mr. Draghi, the bank’s president, could have a far harder time reconciling the expectations of twitchy financial markets with the limitations of his power. Although investors are counting on bold action, analysts say the bank probably needs more time to resolve internal differences and deliver on a promise to use its financial clout to tame runaway borrowing costs for the most troubled euro zone countries.

“Market expectation of Draghi’s ability to maneuver may be exaggerated,” said Marie Diron, a former economist at the central bank who advises the consulting firm Ernst & Young. “That could lead to a sell-off.”