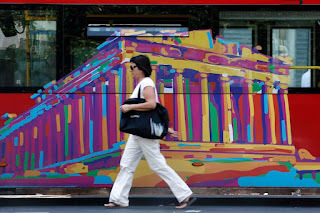 The Greek prime minister has spent weeks searching for ways to come up with 11.5 billion euros to satisfy international conditions for emergency aid. Now, though, SPIEGEL has learned that the shortfall may be as much as 14 billion euros. German politicians are becoming increasingly exasperated.

Athens has not been having an easy time coming up with the €11.5 billion in cost cutting measures over the next two years it has promised Europe. Indeed, Greek Prime Minister Antonis Samaras is reportedly set to request an additional two years to make those cuts during meetings later this week with German Chancellor Angela Merkel on Friday and French President François Hollande on Saturday.

But according to information obtained by SPIEGEL, the financing gap his country faces could be even greater. During its recent fact-finding trip to Athens, the so-called troika -- made up of representatives from the European Central Bank, the European Commission and the International Monetary Fund -- found that Greece will have to come up with as much as €14 billion to meet the terms for international aid.

According to a preliminary troika report, the additional shortfalls are the result of lower than expected tax revenues due to the country's ongoing recession as well as a privatization program which has not lived up to expectations. The troika plans to calculate the exact size of the shortfall when it returns to Athens at the beginning of next month.

The news of the potentially greater financing needs comes at a sensitive time for the country. Many in Europe, particularly in Germany, are losing their patience and there has been increased talk of the country leaving the common currency zone. Over the weekend, German Finance Minister Wolfgang Schäuble reiterated his skepticism of additional aid to Greece. "We can't put together yet another program," he said on Saturday, adding that it was irresponsible to "throw money into a bottomless pit."