Few contemporary democracies off er tales of institutional failure as startling as that of Greece. Despite a turbulent political history in the twentieth century, the Greek economy gained ground during decades of actual wealth creation, until the country’s main parties started to compete on the basis of welfare statism, based on populism and patronage. Law and economics scholar Aristides Hatzis shows how short-term pursuit of political advantage through statist policies generated corruption, indebtedness, and political collapse. Hatzis is professor of the philosophy of law and theory of institutions at the University of Athens and writes about the Greek crisis at GreekCrisis.net.

Modern Greece has become a symbol of economic and political bankruptcy, a natural experiment in institutional failure. It’s not easy for a single country to serve as a textbook example of so many institutional defi ciencies, rigidities, and distortions, yet the Greek government has managed it. The case of Greece is a precautionary tale for all others.

Greece used to be considered something of a success story. One could even argue that Greece was a major success story for several decades. Greece’s average rate of growth for half a century (1929–1980) was 5.2 percent; during the same period Japan grew at only 4.9 percent.

These numbers are more impressive if you take into consideration that the political situation in Greece during these years was anything but normal. From 1929 to 1936 the political situation was anomalous with coups, heated political strife, short-lived dictatorships, and a struggle to assimilate more than 1.5 million refugees from Asia Minor (about one-third of Greece’s population at the time). From 1936 to 1940 Greece had a rightist dictatorship with many similarities to the other European dictatorships of the time and during World War II (1940–1944) Greece was among the most devastated nations in terms of percentage of human casualties. Right aft er the end of the war a ferocious and devastating Civil War took place (in two stages: 1944 and 1946–1949) aft er an insurgency organized by the Communist Party. From 1949 to 1967 Greece off ered a typical example of a paternalistic illiberal democracy, deficient in rule of law, and on April 21, 1967, a military junta took power and ruled Greece until July 1974, when Greece became a constitutional liberal democracy. The economy of Greece managed to grow despite wars, insurgencies, dictatorships, and a turbulent political life.

Seven years aft er embracing constitutional democracy the nine (then) members of the European Community (EC) accepted Greece as its tenth member (even before Spain and Portugal). Why? It was mostly a political decision but it was also based on decades of economic growth, despite all the setbacks and obstacles. When Greece entered the EC, the country’s public debt stood at 28 percent of GDP; the budget defi cit was less than 3 percent of GDP; and the unemployment rate was 2–3 percent.

But that was not the end of the story.

You can read the rest of the chapter here 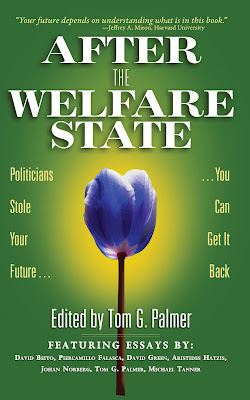