European Leaders Have New Weapons to Save Euro 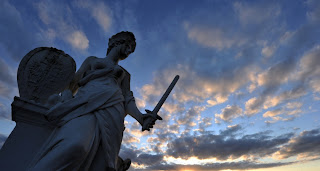 The Constitutional Court's ruling on the ESM has provided relief to markets and European leaders. With the bailout fund and the ECB's bond-buying program, the euro zone now has an impressive arsenal of weapons at its disposal. Politicians will soon be turning their attention to the next major project: a European banking union.

On Wednesday, Europe breathed a massive sigh of relief: Germany is not going to stop the efforts to save the euro.

The Federal Constitutional Court's green light for the European Stability Mechanism (ESM), the permanent euro bailout fund, has been welcomed across the continent. European leaders spoke of a "good day for Europe." European Parliament President Martin Schulz remarked with satisfaction that the ruling will help to stop speculation against countries in crisis on the financial markets.

Those markets reacted with relief to the ruling. Share prices and the value of the euro rose, while yields on Spanish and Italian bonds fell. The euro zone will now be "more stable, less risky," said David Thebault, a trader at the Paris-based financial services company Global Equities, in remarks to Reuters.

From the perspective of European leaders, the ruling from the Karlsruhe-based court was the second piece of good news in a week. Last Thursday, Mario Draghi, president of the European Central Bank, announced that the ECB would make unlimited purchases of sovereign bonds of crisis-hit countries on the secondary market to reduce yields. Now, the ESM adds another powerful weapon to the arsenal. The fund can make loans of up to €500 billion ($645 billion) to euro-zone states in crisis.

Taken together, both instruments form the new backbone for the monetary union. They are expected to usher in a long period of calm in the euro crisis. They make betting on a national default or exit from the euro zone suddenly less attractive.

More
Posted by Yulie Foka-Kavalieraki at 10:00 AM